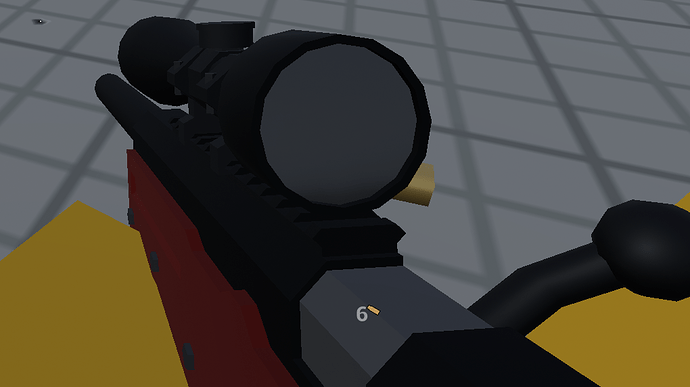 Like this bullet in the animation should be larger, and taller, pointy, etc. 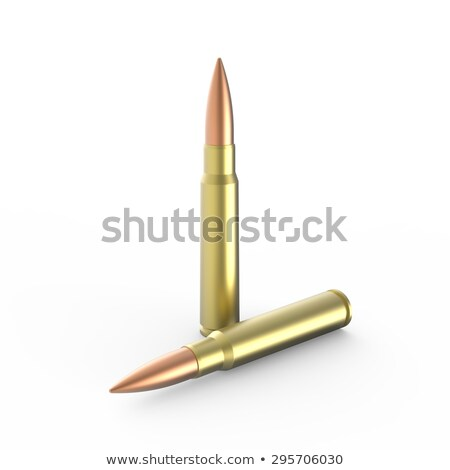 I think these would add some small detail to the end-game and better customization for future mods. <3

The pointy part is what gets shot out the front, so it (usually) wouldn’t be ejected out the side.

I mean in the small cartoon animation next to the ammo counter, not the actual bullet model coming from the gun. EVEN if its unrealistic, thats how most people think of larger caliber sniper bullets. Longer, pointy-er, and bigger in general

Why not just have a full bullet hole than like in siege.

not sure watcha mean. can you describe…?

Blasting geometry away. Destroying the wall.

I pretty much agree with everything here except changing the ejected casing on the ammo UI to a full bullet. I side with Harvest - most people I know would expect just the empty casing and not the bullet as well.

That being said, perhaps some additional effects such as a short-lived glow for non-penetration bullet/energy projectile impacts on metal would be cool in addition to being able to vary bullet hole size.

@Panda3d this suggestion pertains to the currently implemented bullet holes, as opposed to full obstacle destruction that you see in games like R6S. Personally I find R6S to be way over the top in this regard, and would much rather have only very weak surfaces like glass and plywood be broken like that, unless explosives, anti-materiel weapons, or heavy melee weapons are involved.

Yeah I guess. Getting shoot through a tiny hole. Where the victim can’t see much of their killer is annoying.

In R6S, it is mostly plywood and drywall that is destructible, and chunky metal and logs (like the bases of 3.X) are completely indestructible, regardless of sledgehammers, .50 cal rifles, and C4. It’s not that R6:S has over the top destruction mechanics, it’s that the play space mostly focuses on the highly destructible interior walls of buildings. I’ll grant that pixel peek bullet holes are obnoxious (although if you applied Nelson’s 3D bullet decals onto Ubisoft’s thin sheets of drywall, you’d still get a hole all the way through.) But the actual destruction mechanics of unsupported walls or sections of walls collapsing, clustered bullet holes (especially large caliber bullets) creating an “impulse” hole, and barricades falling apart once enough pieces have been broken all seem pretty reasonable especially since they’re not the cause of any performance issues in that game (as destruction mechanics are wont to do)