If Unturned II gets different levels and kinds of environmental hazards, (Instead of 1 universal type of deadzone.) both chemical and radiological, then it should get different types of protection too.

How would this benefit gameplay?
-It would give a need for a higher amount of equipment to loot all areas in the game, prolonging the gameplay. It would also allow deadzones of varying difficulty, further tiering the progression.

Types of breathing apparatuses
-Gas Mask
Useful in toxic and radioactive areas to protect the users from toxic gases and particulate matter. Cannot be used in hypoxic (none or little oxygen) environments.Requires filter replacement periodically.
-Closed-Cycle Breathing Apparatus
Useful in toxic, radioactive and hypoxic environments. Requires a mask and an oxygen tank that has to be refilled/replaced from time to time. 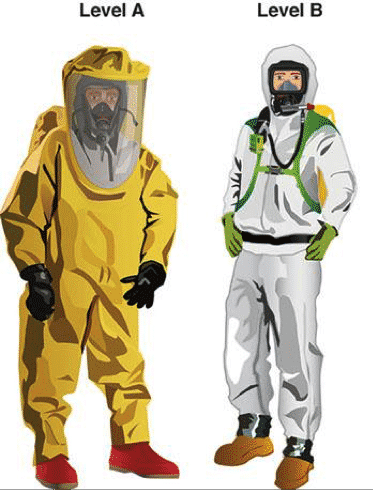 Detectors
These are required to determine the intensity or gas composition of hazardous area.
-Gas Detector
Provides information of Oxygen concentration in environment, and toxic gas content.
-Geiger Counter
Measures radiation intensity in the environment.

EDIT: Accidentally posted before the post was finished. It is finished now. Sorry for the inconvenience.

Protects you from resonant cascades

Military clothing is the same thing as civilian clothing when it comes to protection against chemicals. It’s permeable to gas, so useless nonetheless.
Maybe have it so the Tier I suit is a suit from say, a civilian research group and the Tier II suit is a military CBRN suit?

I was thinking like a rad suit like in rust, make shift and stuff.
Then a proper one, can be found in the low hazard areas.
Then a air tight super seal walk up to death and smile suit.

My guess is that ordinary clothing would kinda do the work for chemical hazards, but would be left contaminated? Dedicated suits would be needed to pass through totally safely, though.

Yeah, but for airborne particles I think there should be like doctors masks, makeshift gas masks and then real gas masks.

Makeshift gas masks wouldn’t be as good as regular gas masks, they would allow you to enter the outskirts of areas that are raidiared though, to get a better gas mask. They might also require some crafting skill and some harder to find items.

Yea, but by being craftable, you can have an infinite supply of them as long as you have the needed materials. I think the stakes are higher if you have to find it, just like with the mask and filters in 3.0

No, it can be balanced easily. You might be able to craft a bunch, but if they only let you enter low Rad areas then your waste if your time and mats, might aswell find a better one and go to the next area.

This is not about how gasmasks work in general. If you have any ideas about how one of these specific ones should work, comment below. #1: Construction mask. [image] This would only protect a little bit and I think it should act like the diving mask, but for radiation. It would still degrade, and it would degrade quickly, like 45 seconds or so. Found in contructions sites, hardware stores. #2: Respirator [image] I guess this would just be a better construction mask. It would have a pretty…

a camo CBRN suit would look aesthetically awesome in UII