Sorry if my “writing skill” is at a low level, im working on it

So atm there is only one type of area/zone in unturned 3.0 that requiers you to have sertant gear to be abel to visit the area. So here I have some ideas of new ones that could work really well in unturned 4.0 and would add more content and more to the progression of the game. And again NOTE that these are only ideas and suggestions on how it could be and not how it should be in the end, so please remember that when reading through the post and writing your suggestions down below.

By putting diffrent kinds and levels of areas that requiers you to have sertant gear gives the game a bigger progression curve and there is more to work for, so it wont just be to look for a gas mask and then thats it but you might even have to go into the zone with that gas mask to find something that you need to be abel to go to an even more dangerous area.

All of the danger zones dont have to be big, some of them could be very small like just a basement of a house that could be filled gas or something other that is dangerous to a player.
Some might think that if there are areas that are so small why even bother using a gas mask when you can go there quickly and get out with the loot before it kills you, but the idea is that these zones will have negative effects afterwards to make your life slightly more “Painfull” if you go there without protection.

Diffren effects and consequences for going in without protection

Im not going to talk to much about the effects of being exposed to the diffrent hazards without protection.
But the idea is that there would be immediate effects and ones that come later depending on what you were exposed to, so by being exposed to toxic gas you could start coughing, your staming could get reduced for the time that your breathing the gas and it could worsen your eye sight by making it blurry when exposed to the gas, and if you stay to long it would ofcourse kill you (ofcourse the effects depend on what kind of gas it is and these are just some simple ideas to give an example). Another example being if you get exposed to some spores in some infected area you might only start coughing and the real effects would come later after the spores have started to grow inside your body (obviously we dont know if is a fungus that is the cause of the turned, its just an example). Getting exposed to radiation would also have small immediat effects and the big ones would come after some time by giving you something like radiation poisoning.

The Gear and Equipment

So there could be both activly protecting and passivly protecting gear. An example of a activly protecting pice of gear and equipment would be a gas mask, wish activly protects you from breathing in anything dangerous that could have harmfull effects on the player. A passivly protecting pice of gear or equipment could be a geiger counter, it dosnt protect you from the radiation but it could warn you when you get close to something thats extra radioactive and it could tell you when you have been exposed to radiation for to long and when its time to get out of the radioactive area.
The gear and equipmen would have many diffrent tiers and levels ranging from makeshift and civilian to military and special forces equipment.
The diffrens between low and high tier gear is how powerfull, effective and efficient it is at protecting or helping you.

Im not going to write to much about every zone, just enough to give you an idea of what the idea of it is and then we can together go into more detaile of what kind of gear and what effects the zone can have on you

Also @Tomskbird made a nice post about hazmat gear with some good ideas that could work very well with this.
Different Levels Of Hazard Protection
(almost this post in a nutshell)

: Areas with harmfull gases in the air ranging from gases that only gives you smaller/medioker debuffs to gas that can kill you with only a small amount of exposure. 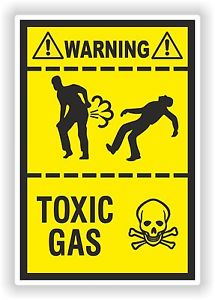 Protection
-Gas masks with diffrent levels of filters depending on how much/toxic the gas is. 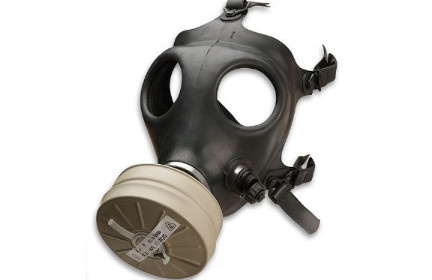 : Any exposure to the spores is very harmfull, wont result in any immediat effects but will have large debuffs after some time. 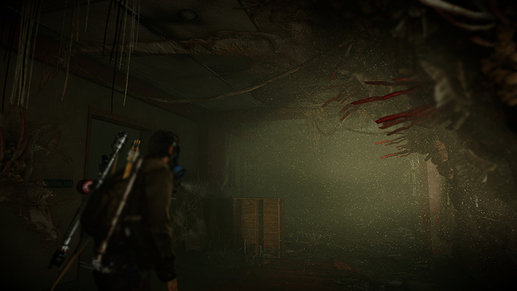 -Resperators
for areas with smaller amounts of spores 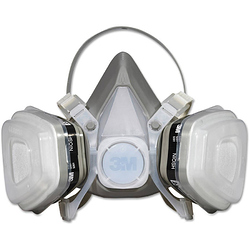 -Gas masks
for areas with high amounts of spores 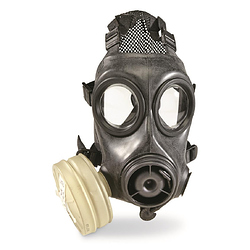 : An area that has been contaminated with biohazard materials and substanses
Turned in these areas could be more mutated (depends on what the turned will be like) 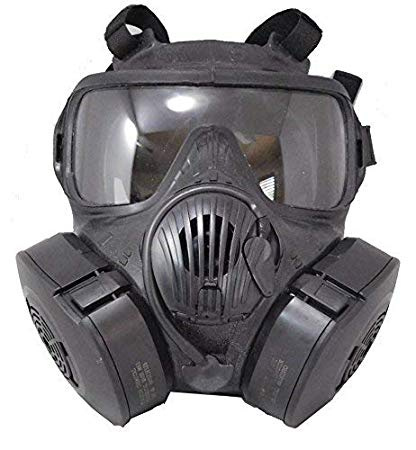 -Hazmat/Biohazard suits
with full protection for the higher level zones 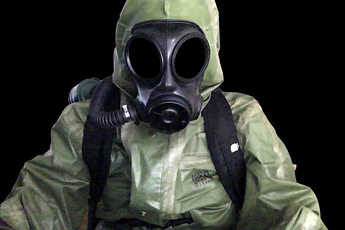 : Areas with varying levels radiation, you wont be abel to stay there forever sinc the radiation will eventually kill you if you stay for to long, the levels of radiation could also depend on how close you are to whatever that is causing and releasing the radiation. 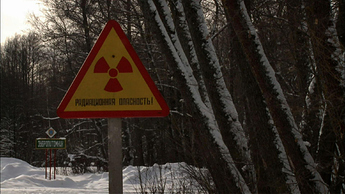 Protection
Nothing can fully protect you against radiation but gear can increase the time that you can be in the area, like
-Gas mask
protects you from breathing in radioactive dust and particles 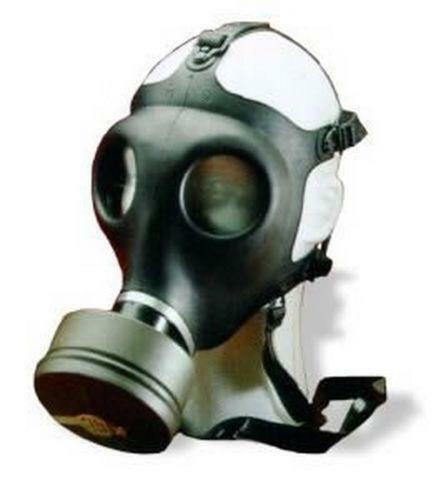 : Areas full of land mines, its not an active threat and you wont need anything special to cross a mine field, but you might blow yourself to pices. 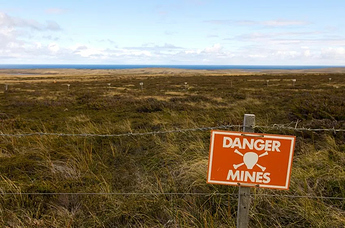 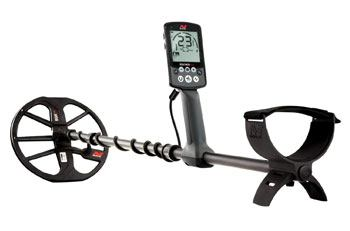 : Areas with a large amount of animal trapps like bear traps (set up by survivors to keep away the turned) 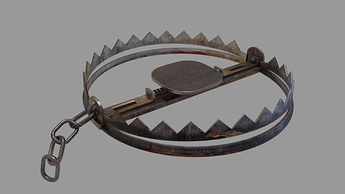 So what do you think?

Also if you chose “Hmm, I would change” comment what it is that you would do diffrently
(Probobly forgot something again)

Again I mostly made this topic so that we can have a diskussion of how it should be, so if you have any ideas, problems with this idea or anything else please write it down below.

Dependent on how long it has been since the infection, it’s safe to say that society’s structures haven’t been maintained for that long and then some. The homes are probably ridden with water damage and have a slowly diminishing structural integrity.
Surely, there would be a risk of getting infected by asbestos, mold, or maybe even sewage?
I know that there are more risks, I cannot remember all of them at the moment, but it would be a nice touch.

If you think it’s unbalanced, just know that you could mitigate the effects with something as simple as a cloth.

What’s the point of having a minefield ingame? Players are definitely not going to bother going through the process of finding a metal detector, sweeping the field, disarming the mines, only to have them respawn a few hours later, just to get loot they could probably find somewhere else.

Not really but ok

it is good. IT IS

Is it just me that loves to see people getting blown the fuck up?

Well I just think it would be an intresting feature maby having an island surrounded with mines, so anyone going there without being carefull might step on their own end

Surely, there would be a risk of getting infected by asbestos, mold, or maybe even sewage?

Yes, stuff like that would work really well, so then you cant just avoid all the turned by going straight for the sewage system (or we could also have turned down in the sewage systems, they could be rotting down there until someone comes and disturbs them

Wut do you mean?

i think its quite a good idea

it would be nice to have really small areas or places that present a hazard towards the players health, something like the toxic barrels at hawaii 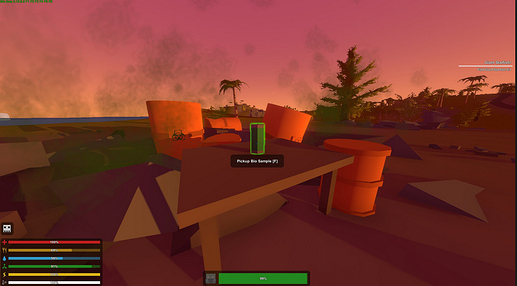 It would be a great way to improve survival maps. Minefields could make looting military locations much more dangerous, and could also give you the upper hand.

froggo it was funny the first time but this carpat npc joke is just not working anymore, you need some new material bruh, you’re starting to sound like the carpat npcs.

bruh this was 21 days ago bruh you got r/woooooosh