it would be cool if there was executions like in cod mw 2019. for both zombies and players. if you sneak up on a guy while holding a knife, you should be able to hold F to quickly assasinate him.

I think that instead of an animation i think something like in Fallout where while you are sneaking you do additional damage is sufficient instead of a specialised animation for it.

I agree. I don’t see a point in having an animation for something as simple as that. I find it pointless in MW, as well.
Instead, have bonus damage at the rear part of a player’s hitbox, very similar to how Spy’s backstabs work in TF2. I don’t think it should be an insta kill, but a moderate melee damage multiplier. Something like +25 or +50% damage. Precise numbers can be tweaked with testing, but we don’t have that yet, so it’s all guidelines.

Besides, if you have a whole animation, you’ll be stuck while the animation plays and the guy you’re assassinating is already calling you out, so people can very easily kill you right after you’ve assassinated someone. It’s all flair and no functionality and right now, functionality is all that matters.

no a heavy stab from a butterfly knife to the back of the head should one shot you. especially if you aren’t wearing a helmet

You’re not in the real world, you’re in a video game that takes creative liberty when things need to be balanced for the sake of having a FUN game.
It works for Spy, because it’s a dynamic, fast-paced game, where every class can dish out a lot of damage, Spy’s only hope to even the odds is to strike when he can afford to, which wouldn’t work if his backstabs weren’t a 1 shot.

In Unturned, you’re in an open-world game, often slow-paced, where you need to go through a progression to reach the endgame. In this very case, everyone can just hide and sneak up on people and 1 shot them. It wouldn’t work in the same way like it does in TF2. And that’s exactly why i recommended a damage increase instead. Because 1 shot mechanics in games like these do nothing, but hurt the experience.

if you manage to get snuck up on by a guy with a knife while you have full mili gear and a maplestrike, you deserve to lose all of your stuff. it increases the skill gap. 1 shot mechanics encourage you to play smarter. work smarter, not harder. it being an open world slow paced game is why 1 shot melee should be a thing. you rarely ever get close enough to someone to be able to stab them to the head unless they are afk, and if you go afk in an online survival game, you’re silly. it takes skill to be sneaky enough to get close to a geared guy. you need to hide in a bush/grass field and sneak through it and then you finally get close enough to him and stab him. spending 20 minutes crawling through grass to get close enough to a geared guy, just for him to turn around and 1 shot you with his maplestrike is not good for the sake of having a FUN game.

this also would encourage people to actually use ghillie suits. as they are so uncommon to see right now, and ghillie suits would make it much harder to get seen while being sneaky

You should almost NEVER have a 1-shot mechanic, unless it’s absolutely necessary to fill a gap, like in Spy’s case. It doesn’t matter if you do 100 dmg or 75 dmg, if you get the jump on someone, it’s almost certainly over, but it still gives the player that’s being jumped a chance to retaliate. If you’re sneaking on somebody successfully, you already have an advantage, if you make the backstab an instant kill, that’s it, 1 click, 1 kill. The chances of having a player turn around and kill you, when he’s on 75HP before you manage to follow up with a 2nd hit are already low.

What if you’re doing something else ? You’re raiding. Raid defender spawns away from the base, sneaks up on you while you’re looting or you’re destroying something, you’re dead in a second, you don’t even get feedback that someone is attacking you, you literally just die.

You could make the argument that it takes skill to sneak up on someone, except it rarely does. Most of the time it’s just luck and timing. And if it’s not that, it’s an oblivious player that doesn’t realize there’s a another person walking behind him.

You either get lucky or you get denied in a second and luck is not a way to justify a 1-shot mechanic. Neither is being oblivious a reason to “deserve” to be 1-shot by a single click.

A game like this should be designed in a way that gives everyone a chance to make a play, regardless of what gear they have. Having a 1-shot mechanic doesn’t fix this issue, it provides the occasional “play” that, for the most part, is just dumb luck. So, if you want people to have a fighting chance, focus on making a more creative approach to loot progression and weapons, rather than giving new players a kitchen knife and have them hunt for people that they somehow manage to 1-shot with the grace of the Gods.

That’s why people love Rust. They don’t have 1-shot mechanics or other fancy mechanics, they just give the starting player a chance to fight back, the only thing that it takes, are some low-level resources and individual, actually developed mechanical skill, not a mechanic that 1-shots. That’s a different approach to the same issue that you sort of described in your last reply.

spending 20 minutes crawling through grass to get close enough to a geared guy, just for him to turn around and 1 shot you with his maplestrike is not good for the sake of having a FUN game.

That doesn’t even begin to justify a 1-shot mechanic. If your prime plan to make a play in a survival game, is to crawl through grass for 20 minutes, so you can HOPEFULLY manage to 1-shot a geared guy, then i’m sorry, but you’re already missed the fun part.

I don’t think making spray and pray so that you land a lucky hit and kill someone instantly a legitimate tactic. In almost every game where headshots do additional damage, Unturned 3.0 included, fast fire rate is the meta. Nobody plays slow, heavy hitting guns even at range, it’s all about landing as many headshots as possible faster than the other guy and this will only make that more of a strategy. Not only would it suck to get brained by someone coming up to you and spamming a pistol, but it’d make tons of slower firing, heavier recoil weapons entirely useless because they can’t as effectively land a one hit kill.

Also, since we’re on the topic of death in Unturned II. I want to make sure players watch where they shoot RPGs. Give us backblast, I want to see dumbass noobs kill their friends with back blast. Not for the realism, but because I want to kill idiots with back blast. 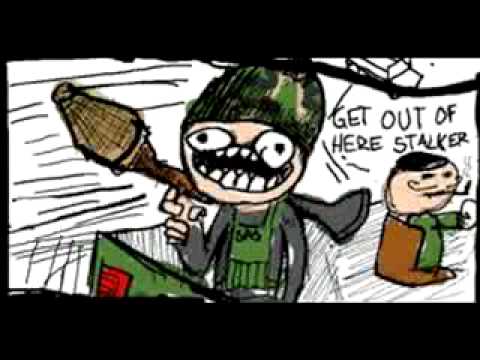 1 shot mechanics in survival games also promote KOS. If a noob with hammer can knock your ass out in 1 hit then people are going to be paranoid and not very keen on making new friends/allies.
Its much safer to just shoot everything that moves than risk getting bonked and getting your stuff taken.

(I dont really care about KOS because im a PvE noob but if you havent noticed, other people on this forum like to play on PvP servers and want KOS to be “fixed”)

you can talk to people that are 10+ meters away via voice chat. dont let the naked get that close to you. tell him to stay 10 meters away, and then you talk. you can drop an item 10 meters away from him, walk away and then he can grab it. still friendly

Not letting them get close works but there would still be the uneasy feeling of being able to get clapped by new players even if you have full military gear.
A damage boost is much better imo. You can get 2-3 shotted but getting one shotted is not fair or fun.
If the other player doesnt hear you and you manage to land the first hit then you already have the advantage, now you just smack him again and you win.
Both sides should have a fighting chance.

im not reading all that

Nah, that’s an awful idea, there’s no fun in finding a shiny new plate carrier but uh oh there was a no lifer sitting in a corner with max Sneakybeaky for the last 5 hours waiting for you to pick up that plate carrier just to slit your throat afterwards and say “EZEZEZ” in the chat and then log off.

adapt and pay attention to your surroundings. stay a headless chicken

@linkfanpc I don’t know what you’re thinking, but I think that’s fucking funny. Also, the amount of memes that can be made with an execution mechanic would be hilarious to see. Ergo, an anime girl being executed.

or OR, we keep it simple…

gets an actual lengthy, well written and detailed reply, responds with “im not reading all that”

I like some of the executions in MW, but I dont think they will work well in U4/Unturned 2, especially in pvp, as it makes you stop dead in your tracks and you cant exit the animation, so if you’re in a raid and you do one, you’ll probably be dead in your tracks. I also disagree with your thoughts of a instakill mechanic for stealth, as it gives the person being jumped no chance to retaliate and they’ll then just be instakilled by a naked guy and have their loot taken.