Okay, I made the mistake of doing this topic before researching, so there is a similar topic, which I will link to at the end.

This is a very simple post of an idea that I had recently. This is the items spawning in containers.

There are two ways for spawning items that I know of: the first is in predefined locations as we have in Unturned 2.0 and 3.0; and the second way is to spawn inside containers as we see in the 7DTD.

But how could this improve gameplay?

The first thing is performance, as it will not be necessary to render the spawned items, so you can add some FPS, especially on weaker computers;

I can also say that it allows more quantities of items to be spawned in smaller areas, for example, inside a single cabinet you can have more than one chocolate bar, which is much more difficult to do if the items were rendered.

But couldn’t that make gameplay too easy?

Yes, because a greater number of items can be found in a single house, which would make the gameplay much easier; however this could be solved by changing the way the items reappear, which I already made a post about, and you can see it here (or at the end of the post if I forget XD).

How would it work?

There are many ways to make a spawning system inside containers, for example: Each container could have a chance to spawn each item, which could be a value of 0-4 items (varying according to the will of the map creator), and can one of these being an extremely common or extremely rare item.

There is a problem, possibly serious, to be stressed, to show the problem, I will give an example:

This is the Wardrobe we have in Unturned 3.0. 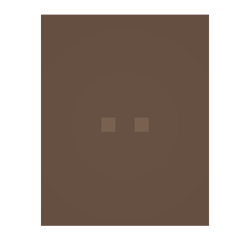 (image taken from the fandom wiki)

If you’re not careful, you can end up with military items spawning in a city and ending up breaking the game completely.

But there are several ways to solve this possible problem, one of which is: Never reuse containers: The wardrobe must be for civilian use only, not appearing on military bases, except for a variant of military wardrobes (perhaps with the standard uniform color), but this form, although simple, brings a problem that is the need to make several wardrobes (one civilian wardrobe, one for forest, for desert, for snow, etc.) which could take up unnecessary space;

Another way is: The ability to create variations of containers by attaching them to the spawn [This is the way I think best] : Similar to unturned 3.0 turneds, where you can attach an item spawn on the turned, causing them to drop specific items If you wish, spawning items in containers could work in the same way, where the same wardrobe that appears in a city spawning civilian items, appears in a military base spawning military items, the main drawback in this way is that it makes creation maps a little more complicated; there are several other ways to solve the problem, but I mentioned only those that came to my mind, so if someone has another idea, feel free to explain.

Okay, my suggestion is made, let’s vote:

What do you think of the idea of items spawning in containers?

Well, thanks to everyone for reading!

If there is any grotesque error it was Google Translate

Topic similar to mine that I mentioned at the beginning

Just a heads-up that items already spawn in containers in U4, and

If you’re not careful, you can end up with military items spawning in a city and ending up breaking the game completely.

this isn’t an issue either.

this isn’t an issue either

I’d assume that the future of items spawning in containers would consist of making a prefab and assigning it with some kind of spawntable, or being able to manually configure what items spawn and how they appear.

since end-of-game items (military items) that should be spawning in military locations and of high difficulty,

To clarify – I mentioned that it wasn’t a problem because this issue actually doesn’t exist. You’re assuming that’s how items have to spawn in containers.