What if I made a Discord Server dedicated to reporting and forwarding ToS violations (Discord) to Server staff and moderation? What if I called it the Constables of Discord?

1st thing: Have it be a public Discord

3rd thing: train a small group of “constables” who are sent to Discord Servers with the intention of surveying for ToS violations.

3.1: Make sure they understand that they hold no authority in the servers they are placed in

3.2: Train them to be subtle- to take things literally yet not ask pointed questions which might be exploited by impersonators or liars for predatory reasons (i.e not ask directly for age)

3.4: Develop a logging system for Constables.

4: Attempt to get Discord partnered after a certain amount of time with the hope of being able to then provide rewards and such as well as develop a reputation.

If this idea works, I might’ve just formed the Pinkertons of Discord, except more noble.

What are your thoughts on the idea?

Edit: Who would sign up or see how it went?
I’d need extensive support to do a thing on this scale- do not have a microphone or a budget able to get photoshop for a logo for even a second- so I think I might offload it to someone else.
However- if I do get support from people who seem to be more dedicated- I’ll go put 4 miles into it.

dedicated to reporting and forwarding ToS violations to Server staff and moderation?

As I already answered,

dedicated to reporting and forwarding ToS violations to Server staff and moderation?

would this be for an unturned server specifically or like something else. Your wording makes it very confusing

If it were for Unturned- it’d be in the Unturned category. Though this is an Unturned forum- this is in the non-Unturned Community Lounge and Unturned is never even stated throughout.

Edit: Since some people found this unbelievably complicated (which awes me), I added a main post edit to have Discord in brackets

idk I just don’t really see the purpose of this. I feel like it would be much easier to just report things to the discord trust and safety team individually instead of having a whole server dedicated to finding the TOS violations. Plus, I don’t think many people care that much

It’s not a replacement- I never said it would be. The Pinkertons weren’t the only security out there.

I mean a server that’ll help us keep Discord a safer community.
What’s wrong with a few volunteers to help things out in an organized fashion?

The only problem I see are Unturned Servers getting mad when 3 12 year old donators (that stole their mom’s credit card) lose their accounts.

Unless you’re scared of that?

Yeah cause it’s such an unsafe place, just use the current system that Paladin mentionned, no need to replicate the witchhunt that spreads all over Twitter.

if you feel unsafe about something on discord, just contact trust and safety. it really isnt that hard to submit a report. Making a whole guild centered around submitting trust and safety reports just doesn’t make sense

“hold no authority in the servers they are placed in”

I feel like half the time- you’ll ONLY read the red, somehow curve your brain into a squished up quarter moon and THEN begin comprehending stuff.

Bif you feel unsafe about something on discord, just contact trust and safety. it really isnt that hard to submit a report. Making a whole guild centered around submitting trust and safety reports just doesn’t make sense

Not everyone has the time to do that, not many people do. Having constables that can comprehend situations and report properly is something that- by having it’s hub be a public server, could have a ripple effect which might promote a better understanding of Discord- it’s ToS and policy as well as it’s systems.

A: Known to struggle with Toxicity

B: Are extremely complacent with much of their under 13 audience?

I don’t think toxicity is against discord’s TOS, so I don’t know why that should mean anything here. I think that falls down to the server owners instead of discords job unless they are actually threatening violence or harm towards another user. The under 13 thing, sure. But you excuse that “Not everyone has the time to do that” makes no sense. If someone doesn’t have the time to report a user through the official methods of Trust and Safety, then how do they have the time to report the user through this guild and then have the members of the guild report to Trust and Safety? It just doesn’t make sense to have this extra step in the way of reporting a Trust and Safety issue.

Look. Nobody is stopping you from doing this. All Oyamat and I are saying is that it really doesn’t make a whole lot of sense. But if you want to go around discord and gather a bunch of secret police to get people under the age of 13 banned, be my guest.

Then Operation Purge is a go! 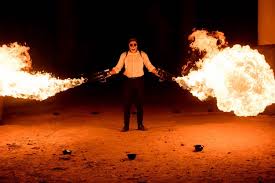 As de-facto ruler of Unturned Official we will not endorse or encourage the use of witch-hunting servers for the purpose of ‘vigilante’ work.

My purpose is to not witch-hunt.

The Constable system I developed is meant to be simple and avoid mob mentality.

Constables are trained with these 3 guidelines

3.1: Make sure they understand that they hold no authority in the servers they are placed in

3.2: Train them to be subtle- to take things literally yet not ask pointed questions which might be exploited by impersonators or liars for predatory reasons (i.e not ask directly for age)

Once done- Constables are sent on a INDIVIDUAL level to servers to report violations to Server moderation and- within 6-48 hours, Discord Trust and Safety.

Constables as part of their duty are not to become a authority within these servers. The most that’d be tolerated would be a notice that they have been reported by The Constables of Discord.

Constables would only be centralized by the Discord Server and a few docs that act as instructions and a database. These would be used to track reports (with a screenshot of the report form filled out).

Any attempt by constables to use mob-mentality or get multiple reports would be punished as witch-hunting is a form of harassment, which directly goes against Discord Guidelines and ToS.

What these should solve:

Constables being sent individually should help to prevent mob-mentality within the Constabulary.

Reports would be tracked to prevent mass-reporting, which is often carried out in a witch-hunt.

Extensive training should weed out trolls and reveal only the core of a community willing to keep Discord safer.

Trial periods would mean that people have to show their dedicated- the more dedicated they are and the longer they’ve been exposed to anti-witch-hunting reinforcement, the more effective they will likely become if they choose to stay after the trial period and the more careful they’ll try to be- as they’ve already sunk a fair chunk of time into it.

Extra: If we did go with witch-hunt-like tactics (which I’m trying to actively and subliminally prevent in every method possible), we’d be considered harassers and would violate Discord ToS and Guidelines. Our job is to report violations- not start violating.

@Yarrrr I hope this summarized what worries you might have and the potential solutions I have to them.

I HAVE NOT MADE THIS YET- This is a concept and is open to change. Your concerns have made me double check my idea and have made me decide to refine it more by potentially adding what I mentioned above.

I hope those ideas convince YOU to double-check your opinion that our aim is witch-hunting- we wholeheartedly despise harassment and toxicity to the point of harassment and we do want to leave a positive impact.

Having our server be public and having the ability let idea’s boil over to the rest of the community is a long term decision. Our goal is not harassment- we clearly don’t want that, our real test would be to see if we could grow nicely while trying to stop harassment becoming a issue in the Constables of our Constabulary. We hope that by having it public- (IF WE SUCCEED) we can eventually let this idea of following Discord ToS and Guidelines promote other people to report violations to Trust and Safety- to learn how to report and to generally have a positive ripple effect carry out through a portion of Discord’s Community.

Don’t smash it all down for the potential of bad.

Help us push to reach the potential of the good.

Why do you need a group of people to report stuff? Do it yourself. All this does is tangle that short and simple process in red tape and rules.

This is just a weird idea I want to go with and try being serious as a thought experiment on Discord as I’m a bit bored. I know- I’m weird like that.

UPDATE: I am actively photo-shopping a badge from a template, let’s see how this goes (I’d have to review it through Discord first, though. Imagine what they’ll think seeing random 3:00 AM 13 Y/O cheap photoshop… Excited)