Hi there! so we all know that Night vision is an essential item when it come at seeing stuff during night time while still being sneaky.So I was wondering if it could be possible that in unturned II we may have a thermal vision instead of a civilian night vision.We all know pretty much nobody uses the civilian because of the fact we can’t see with them. so why not add thermal vision wich is pretty much like civilian night vision but it indicated people,recently used vehicles and any kind of heat source with white(see picture).it would be more usefull. we might also have night vision that is integrated to military vehicles.

Edit 1: if a heat source is located behind a wall for example you won’t be able to see the thermal signature of the heat source.So no seeing people form across the map

thank you for reading and sorry for the typos that might still be here. 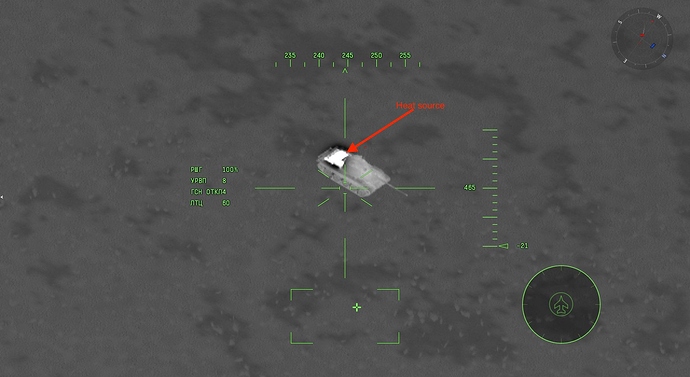 We all know real heat vision has colors you boomer

In the picture we see a simple military heat vision. I think simpler to code(you don’t have to code for colors) and easiers to see with.the colored one is not military I think.

I think as long as it’s limited (you shouldn’t be able to see people walking around from across a city) that it would be a nice addition.

Of course walls and “cold” objects will stop people from seeing your thermal signature.but maybe we could see a bit throught bushes etc…

A camera or infrared glasses could be good additions to the unturned II, especially in armored vehicles, which when fighting with others could see the warmer parts of them in the night.

This is not War Thunder 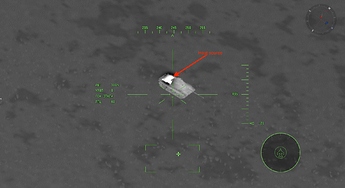 As for the image, I think this is the infrared view of a smart missile or bomb thrown at the vehicle.

I think heat vision like how it functions in fortnite would be interesting, where the potential threats or treasure are highlighted by the thermal overlay. So players, animals, and vehicles could be highlighted>

This idea has good potential for Unturned 4

Honestly Nelson should just take take most of the combat vehicle mechanics from War Thunder and implement them into Unturned II.

It twas a joke im not that retarded

Altough civilian night vision should perhaps not be replaced by thermal, it should be it’s own thing since it has it’s own applications and functions so differently. Maybe it could be split into tiers kinda like real night vision “classes” aka class 1<2<3. Civilian could be 1 and 2 or one between the two. And class 3+ reserved for military.

Basically what I described whit nvg’s is it could be like u3 where they are simplified to 2 types but civilian nvg is green and still weaker then the military grade one. Or there could be 2 classes of civilian and one military (still, all green). While keeping thermal it’s own separate thing.

I think that this kind of equipments can be added only after a discussion about the general light ingame:
In U3 the nights are too bright, only gaming with the gamma settings of the screen could led to easily see without problems

Introduction There’s literally only one other post on this topic, and since I’m long overdue for a good suggestion I felt that it would probably be a good idea to address night vision. Also, I stole this format from @GreatHeroJ so apologies in advance. Also also, text wall ahead, so prepare for some reading. Enjoy the post. Contents

I just read your post you linked and I just wanna point out that you said that thermal imaging ignore walls.
I was not able to quote it for some reason tho. You should be able to find it. Anyways that statement isn’t actually true, you can’t see through regular walls whit thermal imaging cameras.
Only if there are for example very thin sheets of plastic, It’s kinda like visible light passing through a piece of papper otherwise the thermal radiation just get absorbed like a normal wall and visible light. only certain rare materials are almost completly transparent to thermal cameras, these are used for thermal camera lenses as normal glass absorb thermal radiation.

I just wanted to point this out as to not spread this myth further, thanks.
Your nvg post was really good tho, I’d love to see a revisited version.

(Ik this was unnecessarily long)

Oh thank you very much! I will search in my message for the problem and correct it!

Owh I was replying to RedComm but thats great that you include it in yours aswell.

Nice try but won’t work with my MAC lol

but that’s so dumb, you do realize that lowering the resolutions will do absolutely nothing except annoy the user? Let me tell you something, in roblox a while ago there was a wave of people who thought blur = good so added very noticeable blur to everything, which did not look good and just made people’s eyes hurt if you stared at it too long. that’s absolutely ridiculous and I hope you were joking