Hey, we all know how to play unturned, and we love it but what when the Unturned 2 will Rise?
Here u can say something about it, in my opinion we need to care about This what we love, not recreate it

Nelson has stated that alot of the core issues that plague 3.x right now are borderline unfixable, and the effort that he would have put into fixing the issues would be comparable to making a new game, which Nelson decided to do instead.

UII will be for people who care about what the game originally was, survival.

Both games can exist in harmony, and both games will offer completely different styles of gameplay.

dude you are literally denser than lead. Unturned and Unturned II will both exist at the same time, plus Unturned still continues to be riddled with bugs due to it’s shoddy core. Unturned 3.0 will still exist and nobody will stop you from playing, but Unturned II aims to fix the problems of the regular game

3, which is turned over think the game is good, but because it’s going to focus on 2 essentially necessary, and that a new version has not turned over.

Unturned 3 is really, really unoptimized, and fixing it would take too long, as pork said.

UII will be what Unturned currently isn’t, and will implement newer, better and optimized content (I.e the “turned” might not be restricted to zombies only, seasons, etc). There’s nothing to be concerned about I guess?

and again as Pork said, you can still play both games, as Nelson will still keep the life support on for 3. It’s just that UII will be the main priority from now on.

Hope I made some sense.

Nah, he sounds more like the translated version of a Russian Stalker mod. 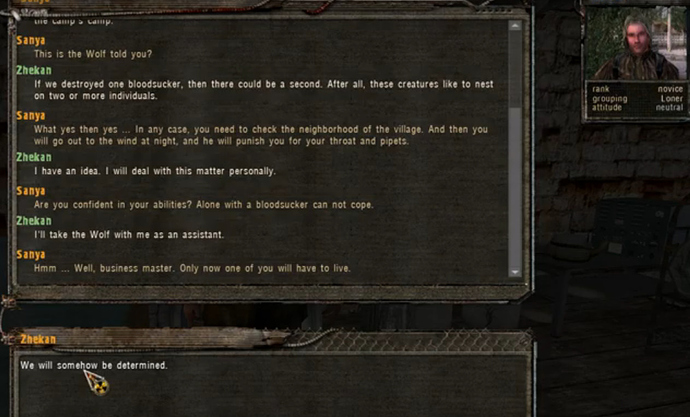 To all, i Only said my opinion and thanks a lot, im not a russian bot but im polish guy so i can speak english poorly

I am sorry for personally attacking you, my good friend, hurted survivor

I dont feel hurted, i Only want to say hoe beauty time we have with unturned and we need to care about it,

We do care about Unturned, we do want the game to succeed; but given it’s state right now, it’s clear to see that it needs an improvement. UII, being that improvement.

The intention is to create a new game with old and new mechanics the fear of innovating is that it sinks the world … I thought of that while I was in the bathroom l.

Unturned 3.x is foundationally crude due to it being rushed. Recreating with all the time and patience that is being provided by our awesome communitiy will prove to be worth it in the long run. UII will be more polished, I dont see how you can view this as bad when its a straight upgrade.

Unturned II will be a seperate game. Unturned II will NOT remove Unturned 3.x . As people have said, no one is going to stop you from playing that game even after II releases. If you’re worried for lack of future content, you can always use the workshop. Let me take Insurgency as an example; that game released back in 2014 and the devs no longer make updates for that game, the sequel, Sandstorm, has also released. But it still has an active modding community (it also still has a relatively healthy player count) to this day.

This what we love, not recreate it

and we love it but what when the Unturned 2 will Rise?

when the game is released in a public beta state, and everybody can cast there opinion on it.

in my opinion we need to care about This

You can be nicer then that

But he doesn’t have to. As anyone in the world.

You can play 3.0 as much as you like when 4 is out. But hopefully most players will be survivalists and want to play survival in a challenging game. If you want to do easy pvp then feel free to play on 3.