like it’s fine to shitpost and post low-effort memes or whatever as long as you’re having a good time I don’t see why it needs to be on the topic of Unturned specifically, as long as you are doing it to have a laugh and joke around, spread a fun atmosphere etc.

But do we really want to hear about how someone else is wrong because of their political opinion or political leaning or whatever, and hear arguing about politics and political things? is that really fun for anyone? honestly for the majority of people hearing that stuff is kind of depressing and it makes things feel a little more toxic and hostile with people arguing about unrelated stuff

and like really, this is a forum for an indie zombie survival game. If you insist on posting serious politics related things on Unturned’s social media networks, maybe post it on the discord server instead. or like maybe just go on r/politics or /pol/ or something 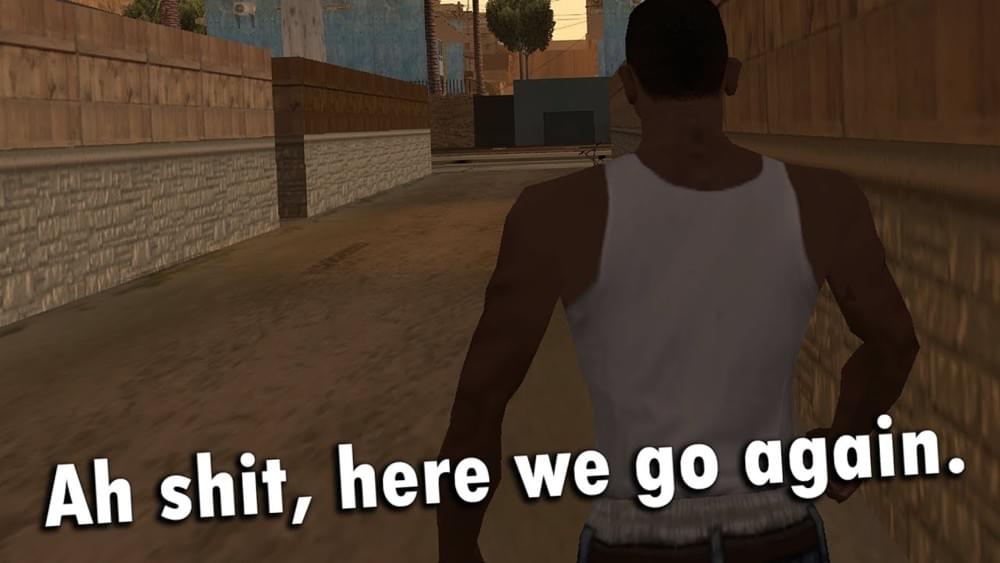 Honestly I agree with this sentiment in principle @stuttgart_flugart , however I’ve been a bit hypocritical at times. I need to be way more consistent, so please no politics on the forum. There’s places that exist for talking about politics, and it’s not here.

I don’t want to be the next Rain (I found out more about him with some deep-diving, nasty stuff) but politics exists everywhere and it deserves to be discussed.

City Life RP has been a growing genre and we’ve seen how people act, with small rebellion factions being formed by people against police factions for both fun and both out of a slight distaste for the police faction, often over real life issues or in-game issues such as then literally getting things like 50 assault rifles.

Politics exists everywhere and while it can often become volatile and should be closely monitored and people should try to contain it, you shouldn’t just ban people from talking about it.

I disagree with that.
It should not be avoided, it should be embraced with a cautionary eye, especially by moderation.

@Optamistic
Not exactly the best idea at the moment, mainly because so far every single one of the politics threads have turned into dumpster fires really fast.

I mainly keep politics on this forum to DMs and mainly keep it private. I mean after all this is a forum about a video game. This is the one place I go to get away from politics.

Discouraging people from doing it is not something I’m against, but actively saying it should not be something people can do on the Forums is a bit of a harmful mindset that can get out of hand really quickly.

I.E Yandare Simulator, whose Discord has a thing against discussing politics or drama, which turned into the dev and his admin team literally playing good cop bad cop with newer people to try and make sure they’re not in any Discord associated with “criticism of Yandare Simulator or Yandare Dev” or people that have ever been banned.

@Optamistic Oh no, I’m against putting up new rules. It should be socially discouraged on the forum, that’s all.

Aren’t you a few months too late?
the word “politics” hasn’t been mentioned in ages as far as I know 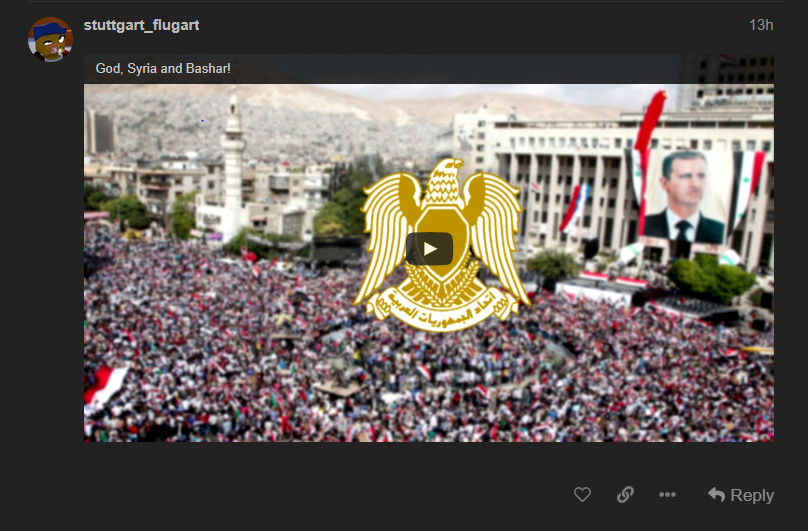 image808×531 170 KB
In fact, this video, without watching it, looks kind of political! How can you mention Syria without getting political?!?!?!?!??!
Seriously, I can guarantee that everything on the front page is not about politics (except for this post), my 8values thread was shut down a while ago, Rain hasn’t posted in a while either, and he gets political as far as we seen on the forums. Go home

Oh I think I remember a thread that me and pesky were talking about chaz, but that was one time
Also

No, it’s explicitly banned on there, where here it’s up in the air.

No, the discussion on there is about as good as “orange man bad” with 40k upvotes and millions of awards. It’s stupid. It’s just US politics too.

No, unless you want to fuck around and hate on the left
they care too much about culture being preserved, I think anyways

These two are circlejerks btw, for both shitty political views
the stigma against circlejerking is just a cope, find whatever community that jerks off your polviews and have fun, no one really wants to hear other’s opinions online no one will have a serious debate with you on the opposing politics, it’s not going to happen online

These places all suck just go talk about politics with your family or something.

Also I’m pretty sure politics is going to get quarantined or maybe even banned from this forum anyways, what’s the point of this thread?

Oh, fair enough, glad we got an agreement there, then.

I still believe it should be fully allowed as a social norm but of course monitored severely by moderation to prevent the shitshows that have happened.
Moderation should step up to shit talking and such in these things and at least attempt to provide preliminary resolutions on certain cases if it’s developing too rapidly.

the problem with political discusisons on a non-political forum is that, well, eventually people with opinions outside the ideological comfort zone will appear. if every political post consisted of uncontroversial opinions on controversial topics like X relevant issue (or at the very least controversial opinions in the correct direction), this thread would serve no purpose at all as the moderators would never even think of intervening/banning.

bro you ask us to stop talking about politics like it’s a collective issue at the moment present in many of us.

Who is this small group?

when i say small and select group i don’t reference a coordinated group or a group of friends, i mean it’s just a few individuals that feel like politics is very relevant to unturned forums

no politics are barely mentioned anymore, and when they had a bigger presence on this forum they were concentrated in two maybe four threads.

throw politics into every corner of this forum

this especially isn’t true at all. Are you on the right forum? because there are tons of examples of this happening outside of the forum.
keep in mind that me and two others talked about politics probably more then anyone, and I haven’t made an effort specifically to throw politics around. Sure they might’ve casually made into conversation, but there’s no effort.

before someone else holds it against me no i’m not referencing the politics as in recent events in the US (because those literally arent a matter of politics, it’s a human rights issue) i’m just referencing the random needs in some users that feel like their political opinion will have any relevancy in unturned discussions

this especially isn’t true at all. Are you on the right forum? because there are tons of examples of this happening outside of the forum.

no it definitely is, why else do you think OP posted this? i’ve browsed through random posts and went “bruh how did we go from x to politics?” you’d think for a forum based a game that caters to prepubescent children it wouldn’t be so political

i barely browse this forum

yeah so credibility is questionable.

politics shit way too often for an unturned forums

Like I said, two huge threads and maybe 2 smaller ones after that (not including this one)
It was a while ago, it’s over now what do you see nowadays?

because those literally arent a matter of politics, it’s a human rights issue

no it definitely is, why else do you think OP posted this?

I have no clue

well you need to be 13 to use this forum iirc

If it wasn’t, Rain of Pain would be here.
Then again, I feel kind of happy it exists, no one wants that guy here, seriously.