What about kidnapping people?

What about being able to tie up/handcuff players and being then being able to shove them in your trunk so you could kidnap them? You could then take them to your base and lock them up, look through their inventory, take stuff and maybe even force feed them? Idk I thought that would be kind of cool

What is wrong with you people? /s

Uses for handcuffs U4 Discussion

I thought we could handcuff players to the cars by fencing, handcuffing zombies that fell to the ground leaving them harmless (but they might bite), handcuffing a player’s legs making him unable to walk, handcuffing a prisoner himself (useful mainly in RP servers) .

Hold up, I ain’t no child snatcher. But if you manage to handcuff someone you should be able to go up to them and have a prompt to grab them, this should let you move them but at a cost the person moving them will be unable to shoot or use items while grabbing the person. It’d be cool if you could shove them in a car and them not being able to get out unless you let them out. This could lead to people being taken prisoner. It’d be cool if you could get a taser, and tase someone and lead them to …

Tazers and prisoners U4 Discussion

I suggest adding tazers in Unturned 4.0/Unturned II and make it so if a person gets tazers he is stunned for a few seconds, giving you time to move in and capture him with handcuffs/cable ties. Also make it so when a person is cuffed/tied, anyone who isnt cuffed/tied can see the prisoners inventory and manage it. Also remove the option to “suicide” because I dont think it has a place in a game like this. Thank you. Also though of another idea, just being able to capture and treat someone once …

get in the van kids

What is wrong with you people? /s

Players should become unconscious only for a couple seconds (1 minute at max) so the attacker can quickly look through that persons inventory and run away.

Why does everyone want to make others unable to play?

Why does everyone want to make others unable to play?

This has actually been a criticism of every post above.

Sure, capturing someone against their will sounds fun…until you’re on the receiving end and literally can’t do anything. It’s like DarkRP in Gmod, but even worse.

Loss of consciousness U4 Discussion

I can’t stress this enough. From 4 years of DarkRP experience, everyone wants to be the kidnapper until you’re crying your eyes out that big bad ol’ Torrasque locked you up and you can’t get out. The only difference is that if you suicide in DarkRP I can call an admin on you for FailRP. It’s not a fun system when you’re on the receiving end of the suggestion you wanted that others would come to hate, and I can say this after hundreds of hours of pure DarkRP experience.

Seeing as Unturned II has been known for months now to shift focus to more hardcore, survival-centric gameplay, you can rest assured that this was already the case.

This is a bad idea player could just quit game or suicide to escape . It wold be cool but there is no way that a game developer can balance this and make it fun for both players.

That isnt a perfect solution because what if he loses conection for example he will lose all of his stuff for no reason. Also alive person is more valuable then dead

If it gets added it will probably be like this
If a player leaves while being a hostage his character will still stays in the game , he can be dragged by other players where they want.
When a player joins back he will be at the place where they dragged himn

If you are kidnapped you already lost your loot, so dying doesnt mean anything.

But your idea is also good

Calm down everyone, if nobody wants in on players being kidnapped, why not NPCs? That can be a good replacement in my opinion, because it’s the computer, not another person behind a screen.

Why would you kidnap npcs?

For the sake of raiding their inventory, using propaganda to persuade them to join your ranks, or simply sadism of the payer kidnapping the NPC.

You could just kill him and get his inventory. It wouldnt be fun having a computer trapped anyway

But that’s where the ‘Joining ranks’ part can be useful. Listen, if more people don’t appreciate this idea I’m trying to convey, I’ll remove my comments here, kapeshe? 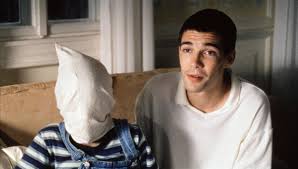 Why would you remove it. Dont remove your opinion. Its better to express it here, it doesnt have to be a comptetition who is liked the best.

Sounds like a great idea. Looking forward to torturing some infidels

Seriously though, I think seeing something like this would be real cool.