When 4.0 INEVITABLY has everything I warned about

Nelson needs to add an EULA U4 Discussion

EULA stands for End User License Agreement, just to clarify. It’s basically just a document saying “hey, you cant do this with our game” and Minecraft has one. If you’re not familiar, the EULA in Minecraft states that servers can not profit off of their own game. This protects Minecrafts own interests, as they don’t want unfair servers with pay to win (p2w for short) ranks (ie, you pay the server 40$ and get a god kit with armor and commands other people who dont pay dont have) to ruin the expe…

A warning against 'The Paywall' U4 Discussion

The subtle problem of Abuse - Official Servers U4 Discussion

So after giving one warning regarding the paywall, a second one regarding pay-to-win, now a third one regarding staff abuse on Official Servers. third times a charm Some assumptions Now theres not much to say here. This is evidently going to be a problem, yet I haven’t seen any discussion regarding it. Official servers will need Official staff members to check for hackers, assuming the Anti-Cheat is not perfect and some players are willing to pay money to get on Official servers and cheat. a…

Thoughts on paid plugins for a free game? U4 Discussion

A long time ago, when Nelson started to work on Modules in Unturned I was suuuuper hyped. It would allow for people to virtually make plugins for Vanilla Unturned, which would mean there wouldn’t be much of a need for Rocketmod once the same plugins from there were on the Steam Workshop - which, would mean, the plugins can’t be paid for. Obviously this never happened. Which is sad to me, because these external third party non-official websites can put a price-tag on plugins. Sites such as Imper… 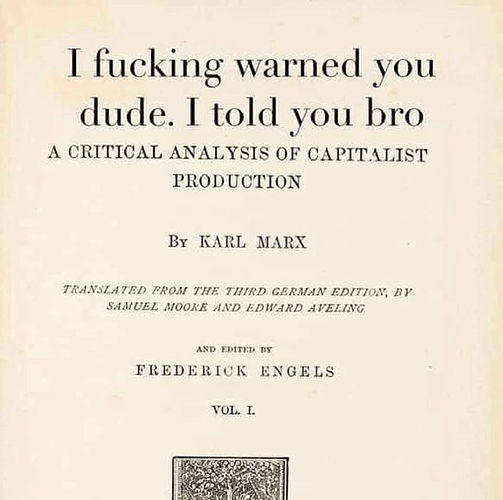 Also a warning against Rocketmod happening all over again, but I guess I’ll have to make a whole post about that. Perhaps my last serious post and warning.

You’re acting like that sort of person who runs around the streets screaming “the apocalypse is coming!”
Calm down!

oh oh are we playing some sort of prediction game :D?? ok here’s my list:
-Shot Gun (shoots many pellets and can be good up close)
-LMG
-b
-A sniper rifle like the timberwolf (m,aybe brown???)

HOW. bro tell me how

this is cringe and unepic

guys what if you can walk in unturned 2

Not gonna lie but this is a real bruh moment

i’m struggling to understand the actual point of this post

P2W servers are trash, but they’re not the end of the fucking world,Rain… This is your brain on communism, kids. Never try it.

thanks, i didn’t make it tho. in fact, i dont actually remember who did

no, that image was edited

Rain, some of your topics are pro-consumer. The EULA, for example, is a great idea. You shouldn’t be able to make money off of another person’s hard work. Other ideas, on the other hand, are…questionable.

Take your next topic, the warning against a paywall. On the surface it seems pro-consumer, asking to get rid of paid content will invite more players. I’m not going to repeat what everyone in that thread already said, but at the end of the day paying to be able to join official servers is not going to lead to two large, toxic, warring clans because that kind of gameplay quickly gets old. I dunno about you, but I don’t fancy the idea of walking out for supplies, being beset by enemy players, attempting to raid one of their bases to even the score, and shooting hapless new players to take out my anger on.

Now, onto your topic about staff abuse. You’re very correct, there’s potential for staff to abuse their powers. As a matter of fact, I’ve done it before, and no, it wasn’t for a good reason. However, I suspect that you too have also abused staff privileges at one point or another, and if you haven’t I apologize for making false assumptions. Your proposed solution is a democratic system, where players can vote. I’m not going to beat around the bush and explain how this can lead to tyranny by majority or just a time-consuming mess, but at the end of the day banning in a game is not a court of law. In games, most if not all games, hackers are guilty until proven innocent. That’s why you select the best of people, people like Yarrr or Molt or Reaver, and definitely not people like me.

Oh, and I agree, paid plugins shouldn’t be a thing.

Though Danaby has a strong point, dont play the prediction game, it just makes topics shit Unless you have evidence to back it up

implying this is a prediction…

this is inevitable. hence the title.

This is your brain on communism, kids. Never try it. 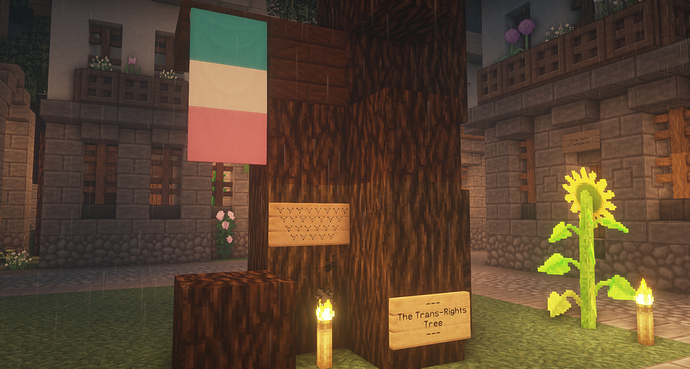 I’m curious about what your next post is going to be. Not sure if you’ve done anything about paid commissions for making mods in UII since it already happens in 3.0 but that may be a good point to touch up on soon.

anything about paid commissions for making mods in UII

I don’t see a problem with commisions and making content, especially if those commissions are publicly available.

I’m just going to say this. Given Nelson’s history, would he have any reason at all to actively make an anti-consumer decision? The game is free. All content in the upcoming title, save for official servers, is free.

Consider for a moment why people have paid content and plugins on their servers. It’s because server hosting isn’t free, and as a server manager you should know that better than most.

You know, most people are happy with free things, though there are certain exceptions such as trashy mobile games and the like. You, on the other hand, want assurances and preventative measures for problems that do not exist. You are purely basing your “inevitable” warnings on your biased view that staff can abuse their powers, so there shouldn’t be staff at all," and that “people actually want to participate in a true democracy where the people determine the fate of hackers” - I, for one, do not want to do that. I just want to play the game, shoot some zombies, build a base, and all around have a good time. If someone is hacking, just kick them, and ban them if that doesn’t work.

Rain, here are a few reasons why people don’t agree with your interpretations of, once again, problems that don’t exist. This is purely speculative matter, so while I may not be right, you are not correct either.

And with that, it appears that once again, we are at an impasse. I will point out, once again, that the problems you’ve pointed out don’t exist, and once again, you will either say some variation of “no, I’m right and you’re not,” or just skip over my argument entirely and pretend it doesn’t exist.