It’d be really cool to see some water physics, like waves and splashing, in Unturned.

Theres a similar post called Water in 4.x but I’m especially focusing on this post about splashing, water placement, water flowing, more rivers, maybe splashes showing up on the HUD (remember Crysis 3?), that sort of thing.

Splashing - When you jump in, fall in, something else falls in, you run in it, a zombie runs in it, your drive through it, all those things that kick up a bit of water, maybe an extra sound too, so that walking in water is louder to zombies?

Waves - Stuff that splashes onto the shore, emphasized and enlarged during a full moon (hey, good idea that). Mostly just for looking good, but also maybe tossing you around when you’re swimming, or rocking the boat / plane / heli while its in the water.

HUD droplets - Just some water streaks appearing on your screen when its raining, just an idea though, because you don’t exactly have a glass face in Unturned :D.

Rain - Rain, maybe accompanied by lightning? With problems for metal structures and stuff. (Also see Torrential rainfall, Thunder and lighning or An addition to a suggested mechanic in 4.0. There’s a ton of stuff on lightning, check it all out here.) Also, maybe the rain makes offroading really difficult, especially in some vehicles. Running is even harder, and prone zombies are practically stuck ;).

Water buckets - Just a simple way to transport water, maybe it needs extra purification to be drunk, or just can be used for a building supply. (See Two words: water bucket for more info)

Sinking - When a car or sinking boat or whatever goes down, it’d be really cool to see like it slowly sinking underwater, Titanic-style, with bubbles and everything. Maybe even a vortex!

Erosion - This is kinda a IIP (idea in progress). I was first thinking about wooden bases in water, and thinking kinda…wouldn’t they eventually rot and stuff? Maybe wood in water degrades sorta fast? And also, maybe rust and stuff on the metal in water, or on boats / planes / helis that just sit in the water. Maybe.

Leaking - If you have water in a pool or something in your house, or maybe you’re in a sewer, how about drips and stuff, maybe some pools of water like the graphical stuff in 3.0 right now?

Plants - Like someone else said about watering cans, lets get some of those! Now, I don’t mean to say that plants without water should just shrivel up and die, but maybe jsut grow a ton slower (like they do already)? Maybe if they’re watered then they grow like 3-5x faster!

The HUD changes are cool,but the other ones are a little bit overcomplicated for a game made by 1 man,and also very hardware demanding.(Most of the Unturned playerbase are low/medium end PC players)

I was first thinking about wooden bases in water, and thinking kinda…wouldn’t they eventually rot and stuff?

Wood only rots if it is exposed to water, and then exposed to air again. That’s why some peers still have the original wood.

But, most of your suggestions are pretty solid, beside crawler zombies getting stuck. Why would they get stuck?

I like it! But what about in the Droplet HUDs If you got Hurt It, the Blood gets on your screen?

HUD droplets - Just some water streaks appearing on your screen when its raining, just an idea though, because you don’t exactly have a glass face in Unturned :D.

Mayb these could show up if you are wearing something over your eyes? either way I like hud droplets even if it makes no sense XD

Erosion - This is kinda a IIP (idea in progress). I was first thinking about wooden bases in water, and thinking kinda…wouldn’t they eventually rot and stuff? Maybe wood in water degrades sorta fast? And also, maybe rust and stuff on the metal in water, or on boats / planes / helis that just sit in the water. Maybe.

As Kingfrog said, they only rot/rust if theyve been exposed to air. BUT!!! @KingFrog there is a type of bacteria in the water that causes metal things in the water to errode, and sometimes rust. It creates the same look of rust but not exactly. 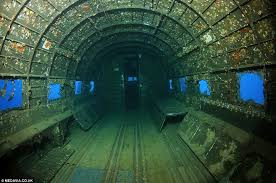 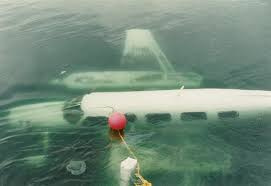 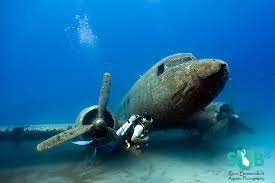 I swear you siad metal as well, ehhh whatever

Thanks dude, that stuff sounds great.

While we’re at it with the water erosion topics, I’ll edit the post a little for water and plants - that’s definitely something I think’s important!

Yeah, most of these options are more CPU based though - the graphical options would be really easy to set to a toggleable option

Please don’t my laptop has had to deal with Australian summers already, it can’t take much more.

But Unturned as it is already is a bit heavy, and if Nelson’s balancing works out for 4, it would probably use less than 3 does, even with this kinda stuff

I think it would be cool to have the splashing and leaking with the hud drops but I’m not sure if Nelson can do that. remember he taught himself how to make unturned from Roblox.

He has come a long way from then. He could probably do some water effects like the screen water drop thingy. Some things which shouldn’t be suggested because he is only 1 man is something like a 1:1 Earth sized map. That is physically impossible for him to create.

insert tf2 sniper line here->
.
And I agree with KingFrog