Alright, it’s been a while since I’ve made a post of any substance, so here we go.

Currently within the base 3.0 we have several basic types of firearms (by “weapons” I am referring to firearms only in this topic). These are: Handguns, Carbines, Submachine Guns, Assault Rifles, Rifles, Sharpshooter Rifles, Sniper Rifles, Shotguns, Machine Guns, and Miscellaneous. This categorization system, however, is rife with error and mistakes.

For example, the submachine gun category was not added until the advent of Empire and Machinenengewehr, leaving prominent and iconic submachine guns such as the Viper (MP5A2), Bulldog (IMI Mini-Uzi), Peacemaker (FN P90), Yuri (PP-19 Bizon), and Scalar (Kriss Vector). All in all, almost every weapon in the “Carbine” class, with the exception of the PDW (Honey Badger), is in fact, a submachine gun.

In addition, many rifles are categorized incorrectly as well. For example, the Chimera (H&K G3) is chambered in the 7.62x51mm NATO cartridge, which is reflected in its damage. However, automatic rifles that are chambered in full-sized rifle cartridges (such as the G3 and FAL), are in fact, battle rifles.

Another weapon in a similar situation is the Matamorez (VSS Vintorez). By all definitions, it should be classified as a designated marksman rifle, or as known in-game, a sharpshooter rifle.

So, what to do? I guess we shall begin with the actual topic (that was just the introduction if you didn’t realize by now).

To begin with, I’ll start by listing out what I feel should be the actual types of weapons, along with an image of a weapon that is iconic to that category. 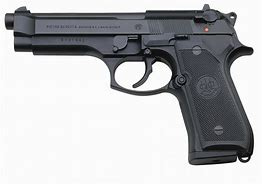 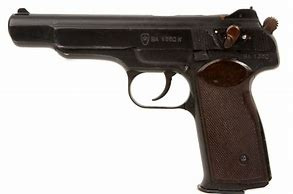 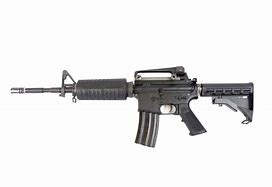 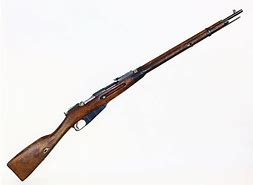 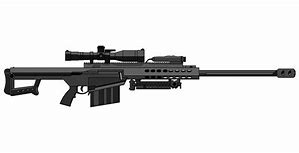 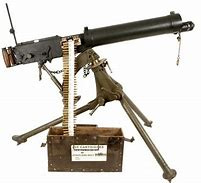 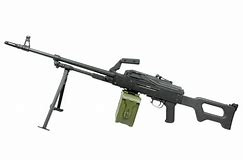 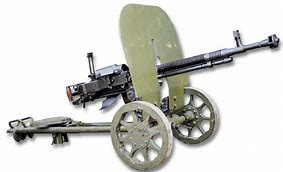 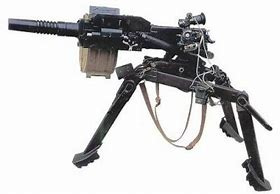 Alright, so that that’s done and over with, let’s put a couple more things out there. For ease of coding, these weapons types will be a category in name only. Therefore, the item card for an AKM, for example, would appear somewhere along the lines of:

AKM
Rare Assault Rifle
The standard by which all modern assault rifles are judged, taking part in hundreds of armed conflicts and wars throughout the entire world, and arming insurgents, mercenaries, and soldiers alike. A rugged and reliable weapon, the Kalashnikov design has proved itself in environments ranging from the desert sands of the Middle East to the freezing tundra of the Arctic.

(Oh, and by the way, yes, I did write that description myself. This is why I should be allowed to write all the descriptions for Unturned items, as I clearly write them better than Nelson himself.)

All firearms should be classified according to their designation in real life - with a few exceptions. For example, this weapon here:

Is the KS-23M. It’s official designation by the Russian Armed Forces is a “Special Purpose Carbine,” however, it is, in fact, most definitely a shotgun.

If the designation is not readily apparent, then the next best possible course of action will be to classify the weapon according to its action and type. For example, despite the fact that I included “Shotgun” as a single category, it should instead be divided into four subcategories (I was too lazy to do so): Pump-Action, Lever-Action, Break-Action (note that sawed-off shotguns that only have the barrel sawed off cannot be referred to as a “sawed-off” or “sawn-off”, instead, it should be classified as a “coach gun”), and Semiautomatic. (there are bolt-action shotguns, however I don’t think their use is justifiable so Nelson can choose whether or not he wants to add them). The same applies to rifles and pistols as well, what I categorized was a very broad category, as there are both break-action and bolt-action pistols, as well as pump-action and break-action rifles.

When it comes to weapons that do not seem to fit a particular designation, nor does its method of operation warrant a classification by action, or the weapon seems to be stuck somewhere in between two categories, then the best possible solution would be to add a “Unique” prefix before the type of weapon.

Let me provide a couple examples of classification when the type is not readily apparent.

This here is a MTs-255 shotgun. You can probably see that it is fed by a cylinder instead of a magazine as opposed to other types of shotguns. Due to the fact that it has a cylinder, this can be classified as a “Revolver Shotgun.”

This is a Thompson/Center Encore. It most closely resembles a pistol, and operates by breaking open the breech to load in a new cartridge, therefore this is a “Break-Action Pistol.”

This is an Obrez, a cut-down Mosin-Nagant. By all accounts it is meant to be used as a pistol, as it was cut down for that exact purpose, however, shortened rifles are almost always referred to as carbines. Therefore, this Obrez is a “Unique Carbine.”

This Model 1918A2 Browning Automatic Rifle somewhat resembles the FAL and M14, it fires the .30-06 full-sized rifle cartridge, and has an anemic magazine capacity of 20 rounds. It should be a battle rifle, right? No! It was meant to support squad-sized infantry units. Therefore, it is a “Light Machine Gun.”

Finally, I’d like to put out some rules of thumb and tips for those who approve of this suggestion:

Well, that took me only…checks watch…about two hours or so. I sure hope Nelson goes with my classification system for firearms…

23 Likes
The Unofficial Unturned Forums Beginner's Strategic Guide
RedComm's Guide to Firearm Classification
What will be the new revolver
About more guns
Will all guns be added to UII?
Yarrrr June 23, 2018, 9:14am #2

Although I’m highly sure that along with realistic ammunition names, realistic weapon categories would be implemented according to the weapon it is based on.

With several exceptions, I provided the “uniques” suggestion for Nelson’s benefit.

Cool. I’m happy as long as damage remains relative among similar calibers. (i.e. the only difference in damage from a weapon would be based on it’s overall barrel length, affecting the acceleration of the bullet and its exit velocity therefor giving it a higher kinetic energy.)

I doubt you’d notice the difference between a .50 BMG shot from a 15-inch barrel as opposed to a 22-inch barrel. If you were to be shot with it, I mean.

No, not really noticeable, especially from that caliber, but there is a small margin of difference in range and accuracy. Much more noticeable when firing .223 Remington (5.56 NATO) or .308/7.62x39/7.62 NATO rounds. Shortening the barrel decreases the velocity slightly, but it also reduces the accuracy at range thereby reducing the ideal engagement distance.

(frankly, if you got hit by a .50 BMG or anything larger than that, all you would really notice is extreme trauma and that you can no longer feel a large part of missing flesh as you bleed out and die, so that example was kind of a poor choice)

I picked .50 BMG in particular because you wouldn’t be feeling much of anything after you got hit with one of those.

I would also like the weapon classification system to be more in-depth,but not that in-depth.
Unturned is a survival game not a simulator/FPS game.

Just saying, I don’t get how picking that for your example would prove or disprove my idea, cause it’s kinetic energy is so high, you can’t measure it’s penetration in anything but solid metal. So saying it doesn’t matter cause a .50 BMG would still kill you is irrelevant.

also for the sniper rifle category something like an AWM (or i guess C14 Timberwolf, since this IS Unturned) would’ve been better then the WA2000. the WA is unique, sure, but i’d say it’s far from iconic.

Shit, I was thinking of the FN BAR D. Sorry.
I picked the WA2000 because I originally wanted all the images faing left, but I failed to find any for the Mosin, and that’s when the direction of the weapon just went everywhere.

I picked the WA2000 because I originally wanted all the images faing left, but I failed to find any for the Mosin

the mosin is literally right below the WA2000

So from my understanding, RedComm was only choosing weapons he could find facing to the left side (I guess he was too lazy to rotate them himself at the time, or too excited). A brief image search for “c14 timberwolf” only immediately gave me images to the right.

So, he went and chose the Walther WA 2000 because there’s tons of images of it facing to the left, as evidenced by a quick image search for “Walther WA 2000.”

However, for the Bolt-Action Rifle category, he wasn’t willing to compromise on his love for the Mosin! Although he wasn’t able to find any quality images of it facing to the left, he just gave up and took a random image.

And then? He stopped caring about the directions the guns faced, except he just didn’t go back and change the Walther WA 2000 to something else.

tl;dr: he had strict image criteria because he was lazily excited, he got to the Mosin, decided to give up on his criteria, and just didn’t change any of the previous images his regulations may have affected

(Oh, and by the way, yes, I did write that description myself. This is why I should be allowed to write all the descriptions for Unturned items, as I clearly write them better than Nelson himself. )

Item descriptions are supposed to be quick and simple, not give a background on the weapon. I know you were probably joking on this one but I had to be sure.

Funny, I think the exact opposite. Item descriptions are supposed to give a background on the item and what it is.

But… the description should be of what the player sees/needs to know.

Your description is fine and dandy for someone who wants to know where the AKM has served, but utterly useless for someone wanting even a hint of what ammo type it takes, its rarity, tier, etc.

This description is already shorter, letting players learn information quicker, as well as being an ease on the eyes, but also gives actually useful information.

Cool. The AKM was used in the Middle East. How does that tell me what kind of ammo it uses, how rare it is, and what tier it falls into?