This is my massive suggestion for the new Turned enemies. I posted a rough draft before just to give people an insight on what I propose, and generally it’s well-received.

Separate from immunity bar. Turning Point is the progress before you become Turned. Every hit you take from Turned creatures will fill the Turning Point. Once completely filled, you will rapidly lose HP and on death you become the Turned (See ‘Revenant’ below). Possible symptoms could be pale-dark skin and/or slight growths

To make matters worse, getting hit by the Turned has a chance to contract a more persisting ‘Virus’ that slowly raises the Turning Point (It’s very slow, maybe takes 100 mins from 0% to 100%). Sounds slow but you can take account on getting hit which will raise the Turning Point. Very quick if you aren’t careful.

To reduce the Turning Point you need potent medicine like antibiotics and medicinal berries/plants which will halt the process but will only take away a portion of it. You can fully remove it by using vaccines, something which aren’t naturally found but crafted using components from medical locations (Easy when looting a research facility).

What’s different from the green immunity/infection bar? That one is used to threshold hygiene (e.g. Mouldy food), radiation and disease (If added), and it could also act as natural resistance when it comes to the Turned, with high immunity significantly reducing the chance of getting infected by the Turned.

The Turned take many forms, but witnesses have passed along and shared information on the most known forms you will face when traveling along what used to be civilization.

Dealing with the Turned using weapons

Pretty basic, just use any weapon that deals damage. However explosives and fire generally ignore some types of enemies’ damage resistance or have a special effect.

You cannot stun then unless you have a heavy weapon like a sledgehammer or a powerful gun like the sniper rifle/rocket launcher. Dealing damage, however, will slow their movement for a split second, even greater if you shoot their legs (If they stand at all)

This idea is based on NarcolepticHound’s post in regards to light being a factor to these enemies.

I took some ideas from this post, which fits perfectly.

Will do later. (Sry)

So are the turned gonna be in the zombie world or in another dimension. Cuz if the turned are in the normal world survivors will does really fast.

This idea is based on NarcolepticHound’s post in regards to light being a factor to these enemies.

How would the Turned react to the day?

Personally I think this is a great idea, as it gives some character to the Turned on why they prefer residing in buildings than in the natural environment. On daylight all types of enemies cannot respawn unless you made a disturbance in some way (e.g. Triggering spawners, making noise).

The only Turned types that could roam outside and persist during daylight would be Walkers, Revenants, Hunters and Behemoths. Reason why is that they more of resemble their former selves (Humans/Wolves/Bears) and would make scavenging locations not much of a care-free berry picking. However they are less efficient in terms of speed, power and awareness (-25%?). All other types of enemies will simply scatter back into shelter or simply dissolve.

Still that doesn’t mean the place will be less dangerous. You will always find enemies inside infested buildings.

At night, enemies will begin to spawn normally and the daylight debuff will cease to take effect. Any surviving turned inside buildings will also start to move out.

what if in cities, it becomes almost impossible to survive through the night. Maybe zombies could work sorta like the movie I Am Legend. and inside buildings would be dangerous.

A wall of mutated flesh which will block the way of any unexpected survivor. They are commonly found blocking the passage to spawners, or valuable loot. 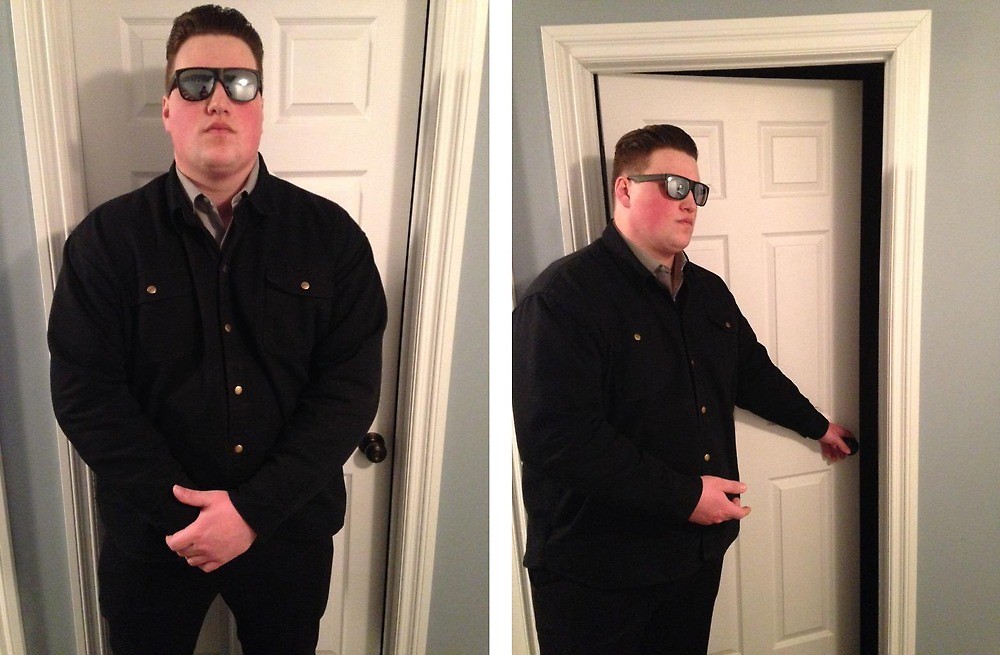 What should the animation for the spawners he when spawning something. Will it be a zombie pushing itself out, a simple spawn, or will hands spawn them

Everything about what you’ve stated here seemed really awesome and balanced for me, very detailed and pretty well thought. But I have some observations and suggestions:

About the fan theory

It’s unavoidable to see how much influence from Half-Life series there is, seeing all the types of turned you’ve suggested and how Nelson depicted Excursions on the roadmap. Anyway, I wouldn’t like to see that much of alien-stuff involved, or at least not at the point that we have to include alien articles and weaponry too (plz, ffs no… No Shadowstalker nor anything alike).

I’d love to see the infection happening very alike as it does in No More Room In Hell; the way it’s shown is so heavy as one of the most fckd up critical situations on which you wouldn’t ever want to be. Vaccines should be pretty hard to craft IMO, but there should be some at research and medical facilites as there has been always been, plus airdrops and other high-tier sources.

About the types of turned

Clouds of the infection that will quickly assimilate an uninfected organism if inhaled, requires respiratory protection. Produced by Spawners and Alpha Spawners.

This is way too OP IMO.

Clouds of the infection that will quickly assimilate an uninfected organism if inhaled, requires respiratory protection. Produced by Spawners and Alpha Spawners.

This all seems a bit overkill though, although I think rapid mutation of killed players would be alright, alongside generally “buffier” enemies spawning.

Maybe IF there are bomb-like pods surrounding alpha-spawners that releases the spores within a small range if damaged (just like in Alien: Covenant), as maybe there could be someone dumb enough to melee aphas’ without hazmat protection.

This is way too OP IMO.

naw, maybe it could be staved off longer with a gasmask, or to completely get rid of its effects, a hazmat suit. (obviously you still need filters for these.) and these zones would probably have EXTREMELY good loot. If of course, a hazmat suit and gasmasks are hard to find. Theres a ton of possibilites with this, like the entire area being really hard to see in, and when you walk out for a couple of seconds maybe you could see spore particles falling off your clothes in 3rd person. Bosses that are specific to this area, ect.

Maybe IF there are bomb-like pods surrounding alpha-spawners that releases the spores within a small range if damaged (just like in Alien: Covenant ), as maybe there could be someone dumb enough to melee aphas’ without hazmat protection.

I think of this as a better and much more balanced alternative, honestly.

how about we just do both? It would make sense, if there are areas where wind doesnt really go through (labs, underground places, indoors) (you know, the idea of the things you have to destroy to claim a city sounds like that one games plague hearts.)

I think that spores should be a thing that only emanates directly from and around alpha spawners as I’ve depicted it, because I think it would be really killing for anyone that’s not prepared properly if they could find clouds of those randomly anywhere else. For areas already hard to navigate, we have current deadzones which are areas filled with either radiation or chemical waste, so that only the turned can thrive in there with little to no deterrents.

Probably out of context but. I think 4.0 should have “lootable ragdoll”.

Hear me out. Now, I’m not saying lootable as a chest or a crate. I’m just saying something like… a ragdoll that won’t despawn until you left the area. And there’s some loots near that ragdoll (depends in the location. If it’s a city then it can be a civilian zombie-ragdoll with civilian maybe 0-2 loots nearby. And so fourth.)

Why? Well, there’s a chance that these ragdolls will turned into somekind of lurker. If you gets too near. (Kinda like reanimated ghouls in fallout 4.) This would be somewhat of a spookzone in my opinion.

Of course there will be that one guy whom said that. 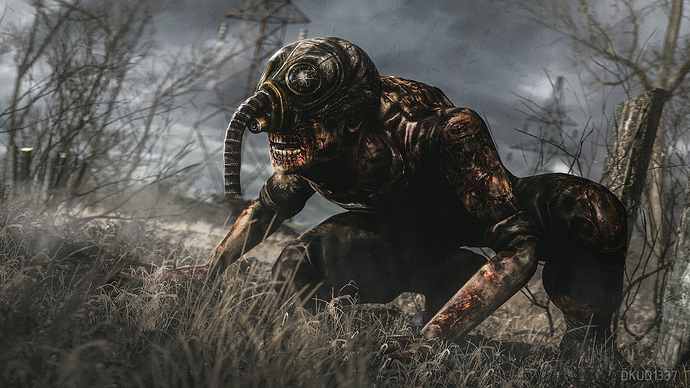 Great suggestion per usual, only thing I have issue with is the reclaiming working in multiplayer, because it would be a little weird to walk into a little town thats completely cleared and (assumption here) doesnt have loot in it.

Also wouldnt wolves and bears make more sense to be in the wilderness? To be fair the virus/turned hivemind could just tell it to walk into a city with its fellow turned.

Also spores and deadzones should definitely co exist, one of them being the more dangerous version of the either. Maybe for truly endgame areas a crazy mutated radioactive spore thing?